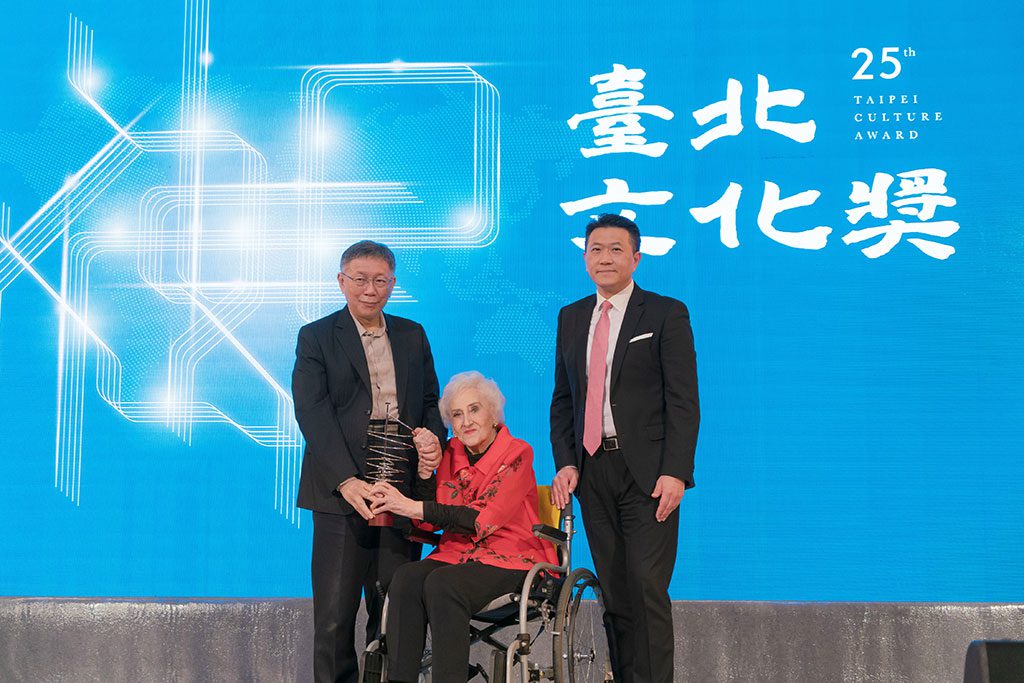 Mayor Ko stated culture is part of daily life. He listened to Dr. Brougham on the radio when he was in junior high school and high school. He said he didn’t master English, but that wasn’t due to not having the best teacher on air. He went on to say he was very impressed that at 95 years old, Brougham continued to work every day and make a difference.

When receiving the award, Dr. Brougham thanked God, Taiwan, and Mayor Ko for giving her the award. She said she was just an ordinary person who did what she felt she should do every day. For the past 70 years in Taiwan, she has used English and music to share more love and joy with others. She hoped that more people could become friends for life, the motto at Studio Classroom, but even more importantly, become friends forever by joining God’s family.

Doris ended by encouraging the audience that even though we are presently in tough times, we need to focus on what is possible, change is possible. Young people need to have hope, believe for a better future, and keep moving to build that future. Taiwan has a unique and special culture, and we should continue to generously share it with the world. 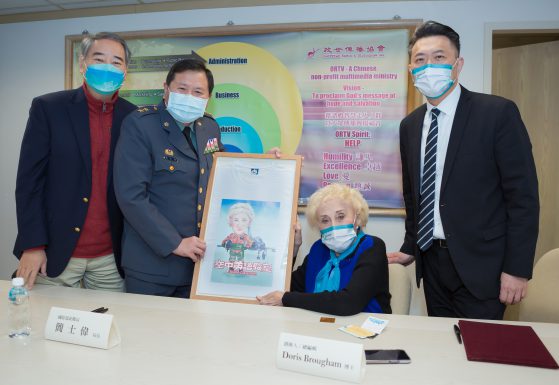